May 29, 2012
Each year I receive great emails from Jill Livestre, about the films I might enjoy at Out Takes, New Zealand's Reel Queer Film Festival, on in Auckland right now and opening tomorrow in Wellington. Many of the films in the festival will otherwise never reach a big screen here. (And because we're such a small country any 'niche' festival is challenging to organise sustainably. So I imagine that there are gaps because some films are unaffordable.) I treasure Out Takes, partly because it's the closest New Zealand has to a women's film festival: our last women's festival was Mahi Ata Mahi Atua: Women's Work in Film in 2003.

Last year I was disappointed that Out Takes included few films directed by women and that the directors and actors were overwhelmingly white. But the gender mix this year is amazing and wonderful. Here are the stats, with last year's in brackets. Narrative films (long): twelve (22). Woman-directed: five, 41% (8%). Half of all the features have women as protagonists compared with 22% last year. There are eighteen docos. Women direct seven, or 39%, and co-direct two more, so are engaged with half. And I've interviewed Jill Livestre. We discuss the festival's context, and a selection of the features and docos. Some details below.

Zanele also has a new book out: African Women Photographers, in English and Spanish. 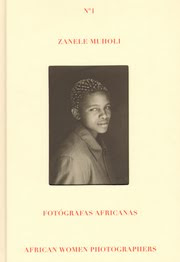 You can watch the trailer here.


Yes We Are  Magda Wystub dir.
Facebook  (can't find a trailer in English!)