Earlier this year, WIFTNZ submitted a proposal to the New Zealand Film Commission (NZFC), the organisation that distributes taxpayer funding to the film industry. The NZFC rejected the proposal and decided to consult more widely.

I have permission to publish all the documents below - warm thanks to WIFTNZ and the NZFC - and I'm researching and writing about the issues they raise.

If you're affected by the NZFC policy and haven't been involved in the debate I hope you'll will be inspired to have your say, to your guilds and in the media. And if you've already contributed to the debate and haven't yet seen these documents I hope you'll read and reflect on them and say or write or do more.

The documents are in date order. By now, there's probably more correspondence with the guilds.

&, as his letter to WIFT says, Dave Gibson is the NZFC's CEO, until early next year. 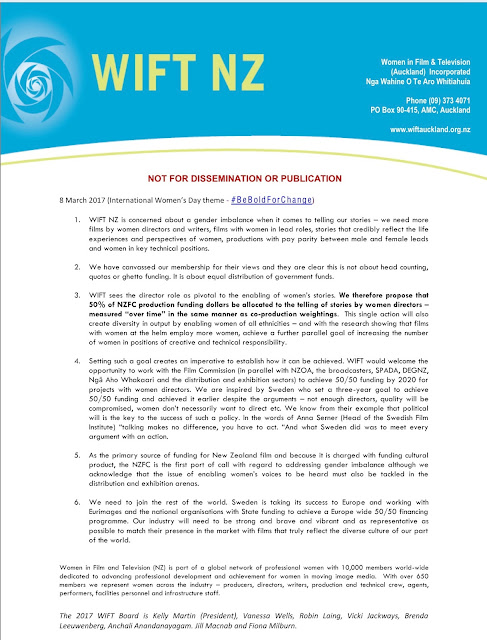 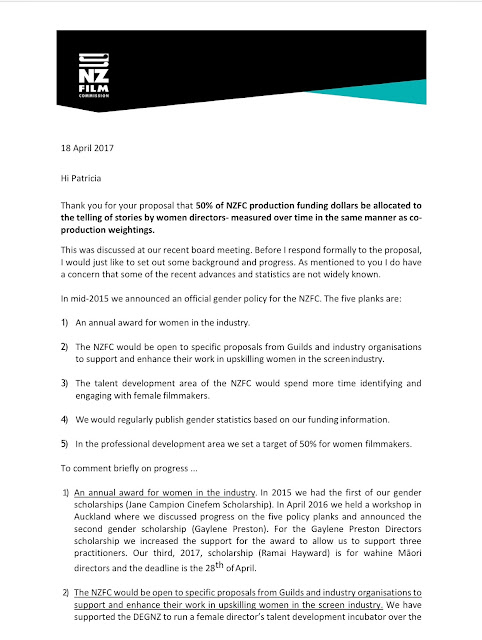 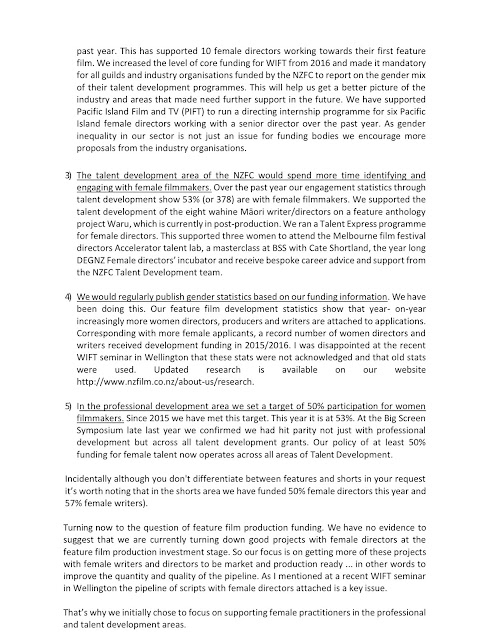 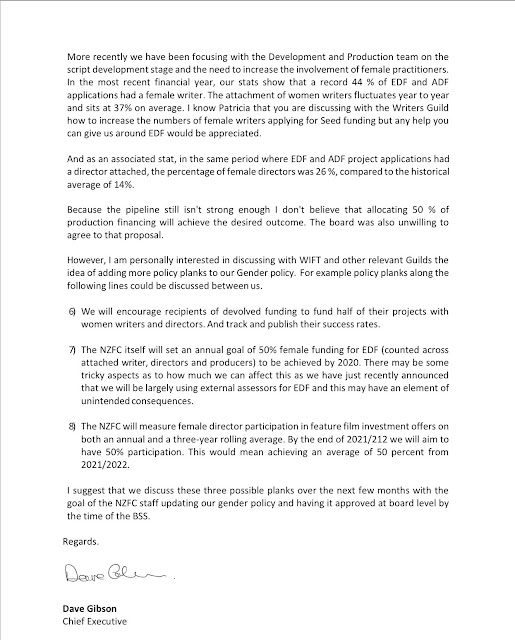 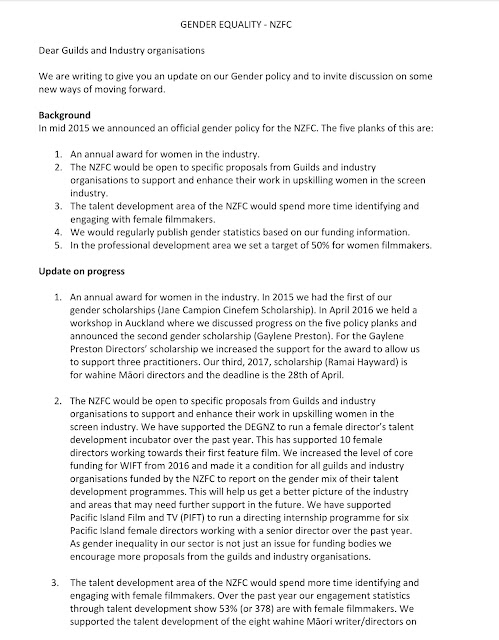 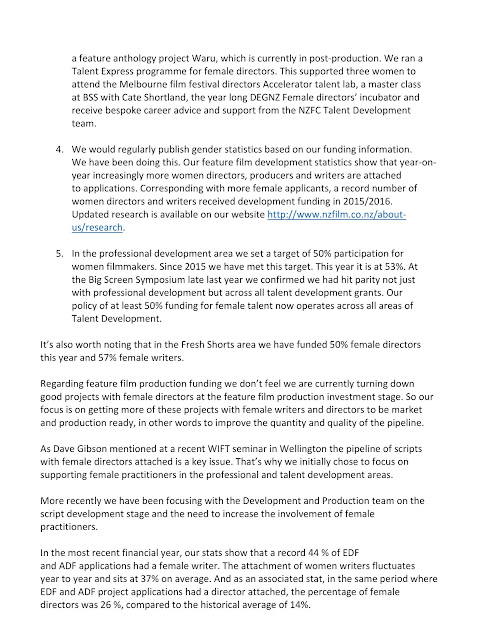 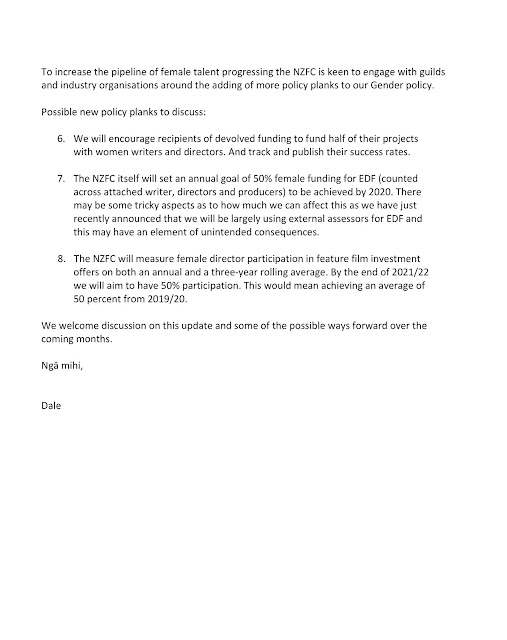