New Zealand women are coming together in a New Zealand Council of Trade Unions Campaign, to tell the government that it’s time to ‘Treat Her Right’ and enforce New Zealand’s Equal Pay Act, passed in 1972. The campaign’s just started, with a remake of the Donna Summer video and song She Works Hard for the Money. It will culminate on International Women’s Day, 8 March.

Directed by Loren Taylor — one of New Zealand’s many accomplished actor/writer/directors, perhaps best known for her role in Eagle vs Shark — She Works Hard for the Money features a range of Kiwi comedians, personalities and members of the public. It was shot by 2016 New Zealand Cinematographer of the year Ginny Loane (Mahana).

One of the comedians involved, Alice Brine, says “New Zealand used to be a progressive country in this area and we’re banking on that branding. But you can’t just rely on Kate Sheppard forever [New Zealand was the first country in the world where women won the vote and Kate was the most prominent member of New Zealand’s women’s suffrage movement]. You actually have to look at the data. It’s pretty shocking. We need to live up to our standard of being the ‘progressive’ country we once were.”

Here’s the data. Truly shocking. And especially shocking if you’re a Māori, Pacific or Asian woman.


Miriama McDowell (Mahana, Dark Horse, Outrageous Fortune) plays ‘everywoman’: the cleaner, the childcare worker, the aged care worker in the campaign. She says, “I felt like I’m playing every woman who has ever been underpaid. In every scene I shot I thought of a different person who I know who isn’t valued for the work they do. My sister, my friends, my aunty, my Nana, all of the people through the generations are who we’re doing this for. We’re speaking for them and it’s a real honour.”

The way the women put together the video was generous and beautiful.

A call was put out for women of all ages and employment to come and join in a massive dance scene for the video, shot in Auckland one week before Christmas. Over 400 women responded to the call with many travelling from Hamilton, Wellington and Whakatane to join the throng. New Zealand celebrities who donated their time and their best dance moves to the project include actors Jennifer Ward-Lealand, Miriama McDowell, Dave Fane (Gary of the Pacific, Bro’ Town, Sione’s Wedding), Laura Hill (Westfield, Shortland St), Luciane Buchanan (Filthy Rich), Jackie Van Beek (Funny Girls; and director of Inland Road, premiering at the Berlinale this week).

Because Loren and Ginny were involved a huge amount of support came from the film community. Ginny found time in her busy schedule the weekend before Christmas and donated her time and her gear to the project, which was close to her heart. The almost entirely female crew attracted support from Panavision who donated gear, and Exit Films, Rebel Fleet and NZDVA who supplied discounted gear. Gaffer Karl Sanders and Hugh Williams discounted their labour and gear rate while most of the crew charged a discounted rate to be involved. Paloma Johnson and Briar Vivian created the wardrobe and received an exceptional amount of deals and discounts on the wardrobe supplies.


Unit manager Angelina Perkinson donated her time to the project after completing a 60 hour week as she wanted to contribute what she could to the cause, “I just believe this is really important. There’s a lot of us who work really hard and we often find the money’s not correct, all of the time. We’re all here bringing what resources and skills we have to highlight the working conditions of other women.”

Loren Taylor says “We were literally overwhelmed by the generosity and the willingness of people approached to bring their time, their resources and their energy to the project. For the big dance scene we had embalmers dancing alongside teachers, bakers, construction workers, lawyers, mothers, artists, politicians. It was a real celebration and an opportunity for those with the time and resources to highlight an issue which affects all women, particularly those who are often struggling between two or three jobs so don’t have time or energy to fight for equal pay rates.”

So, take a look at the video. 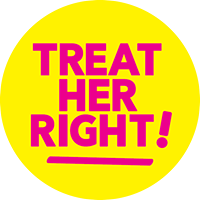