From The Lighthouse – the Swedish Film Institute's Anna Serner

I love Le Deuxième Regard, the French network for cinema professionals that aims to challenge ideas about about the place of women in cinema. It's the group (remember?) that made history with the Charte Pour l’Égalité Entre Les Femmes et Les Hommes Dans Le Secteur Du Cinéma, the Charte de l’Égalité for short. This year, it continued its good work within a strong collaborative publishing programme programme from Cannes. 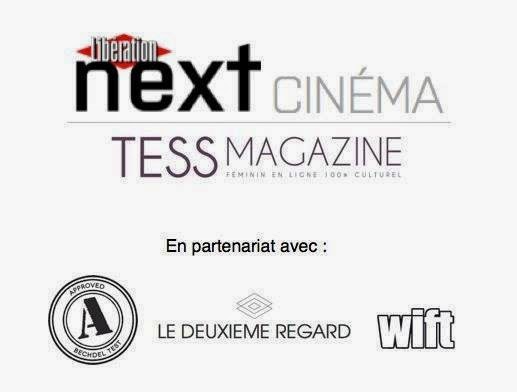 Le Deuxième Regard also produces an excellent monthly newsletter. This month's newsletter features an interview with Anna Serner, director of the Swedish Film Institute, that legendary state funding body where where gender equity policies are more developed than anywhere else in the world – it's a lighthouse for every woman filmmaker in a country which has a state film fund (it also keeps track of gender statistics in some other countries) and maybe a lighthouse for all the other film funds, too. And the results of its policies are beginning to show, as in this year's list of nominations for the Guldbagge Awards.


Many thanks to Le Deuxième Regard for permission to cross-post.

The Nordic countries are renowned as leaders in gender equality. Seen from here, the situation of women in the Swedish film industry looks much brighter than in the rest of the world. Is the situation really so heavenly? What about the numbers?

It's definitely more heavenly than for many other countries where women hardly get to make films. Still, equality hasn't been reached. I would say that in average over the last years, women represent – for feature films – 30% of the directors, 40% of the scriptwriters and 50% of the producers. However, for shorts and documentaries, numbers are equal.

Can you give us an overview of the actions that have been implemented by the SFI to improve gender equality in the industry?

We have tried to find arguments that explain why the industry is not equal, and adapted our actions accordingly.

First we created a website [gorgeous!] on which we make an inventory of all the women who have held the following five key positions: directing, writing, editing, cinematography and producing. This aims to challenge the argument that "there aren't any competent female filmmakers."

Second we are carrying out studies to investigate what happens at the level of young female filmmakers. These will challenge the argument that women do not want to hold this position.

Third we are part of research which aims to tackle the real issues women encounter within the business.

In addition we have initiated a leadership program for fifteen female directors. It will provide them with tools and a network, and help them become successfully independent and make more films.

Finally, we keep track of who we finance (men & women) not only once a year but all the time. This provides us guidance for the decisions we make.

Were those actions welcome in the industry or have you encountered some resistance?

We encountered both resistance and support (mostly from female filmmakers of course). Some people in the industry still experience our approach as a provocation. This is symptomatic of the need for a radical change. Those people will have to adapt and some men will not get funding as easily as they used to.

What do you think of the A-rating* initiative?

I think it's a great way to maintain awareness and keep the conversation around the issue going. Of course it's not a perfect tool. All the buzz around it certainly shows that the topic is hot hot hot!

What are your ideas for the future?

Keep up the good work. It will take generations before we reach equality for real. In the meantime everyone needs to stay alert especially when taking decisions. As for us, we need to keep providing the right tools to sustain this awareness. We're all victims of our presumptions and expectations, which need to be challenged!

*Four independent Swedish cinemas now rate the films they screen and inform the public which ones have passed the Bechdel test. The test requires that a film (1) features at least two female characters (2) who talk to each other (3) about something other than a man. The films that meet these three criteria get a seal of approval i.e. an "A" rating.