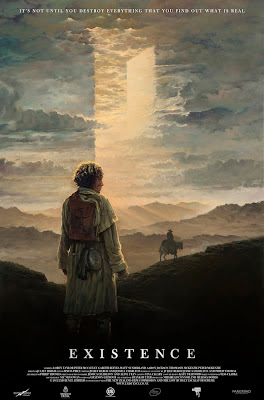 When people ask me why films by women writers and directors matter, I find it quickest and easiest to respond with Jane Campion's classic question: "Women may be 50% of the population but they gave birth to the whole world. Why wouldn't we want to know what they think and feel?" And this year, I've decided that because I so much want to know what women think and feel I'm going to watch only movies that women have directed, for twelve months. I do believe that men can write women and direct women just as women can write and direct men but I want to challenge myself to commit to films women write and direct to see how I'm entertained, educated, stimulated and nourished (or not).

This is difficult. I love some men's films and learn a lot from them. I'm envious of a mate's New Zealand International Film Festival (NZFF) list, filled with movies men directed which I'd like to see. I'm going to cheat a bit, watch a couple of films men directed which have women as central characters (and if you see someone who looks like me at the animation sessions, please pretend it's not). But I'm thrilled that some of the NZFF women-directed features are among those I've longed to see. And now will see,  in my very own women's film festival, courtesy of the NZFF. Starting with Existence.
Existence is the first completed film from the New Zealand Film Commission's low-budget Escalator scheme. Written by Juliet Bergh and Jessica Charlton with the late, great, Graeme Tetley as script advisor, it's a post-apocalyptic drama, directed by Juliet and produced by Mhairead Connor and Melissa Dodds. And it stars Loren Taylor (an actor whose work I love to bits, best known for her work in Eagle vs Shark). Existence is a must-see. By women. A woman protagonist. New Zealand. It's been a while. Warm congratulations to all.

OK, the rest of the features in alphabetical order by director first names. First up, Agnieszka Holland's In Darkness, a dramatization of a rescue of Jewish refugees in the Nazi-occupied Lwów. It was one of the ten women-directed films (out of sixty-three) submitted for the Foreign Language Academy Award this year (I wish a few more of them were in the NZFF).

Here's the trailer, and an interview with Agnieszka Holland at the Academy Awards.


According to the Guardian, Wuthering Heights is..."stripped of its period frills and sweeping score. It comes caked in grime and damp with saliva. The script is salted with profanities, while the plot finds room for brief moments of a nudity and an animalistic al-fresco sex scene. Heathcliff, the Byronic forefather of English romantic fiction, is black."

I said I'd be first in line when it reached New Zealand and I'm not, but I'll be there for sure, maybe twice.

On to Cate Shortland's Lore! An Aussie film! Another writer/director! Adapted from Rachel Sciffert’s novel The Dark Room – controversially tracks the fortunes of five German siblings, led by Lore, who are left to fend for themselves when their Nazi parents are taken away by the Allies. Remember Cate's Somersault? I can't find a trailer, a Facebook page, or a dedicated website, but here's Cate talking about Lore at the Sydney Film Festival, followed by the Somersault trailer, to remind you.

Then, Lynn Shelton's Your Sister's Sister, 'a new comedy about romance, grief and sibling rivalry'. It's been at lots of festivals already, and has a bit more web presence than some of the others. Remember Lynn's Humpday? Your Sister's Sister is another one I've keenly awaited!

Next up: Nadine Labaki's Where Do We Go Now? follows her first film, Caramel, in the NZFF a couple of years ago. I like the optimism in her work! As in Caramel, she plays one of the lead roles herself. The film screened at Cannes in 2011 and has won numerous awards.

Finally, Sally El Hosaini's My Brother The Devil. It was an official selection at Sundance this year, and won the Best Cinematography Award, has shown at the Berlinale and elsewhere and won various other awards.

Here's Sally El Hosaini talking about My Brother The Devil:

And that's it! Not a lot, but I think they're all great! Apologies that this is a bit rough and ready, as I have another deadline, but will keep adding anything interesting I find, or anything you tell me about. Tomorrow, the women-directed docos.