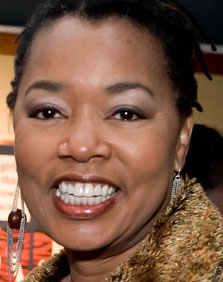 In this podcast, Sheila Jackson Hardy talks about about her multi-platform Nice & Rough: Black Women in Rock project. It celebrates the unknown history and present-day community of Black women in rock.
Download podcast

Kudisan Kai: My Becoming
My Becoming, the track at the end of the podcast, comes from Kudisan Kai's Confessions. Kudisan Kai sang for six years with Elton John, and has toured with other rock legends–the Rolling Stones, Eric Clapton, and others. She left the road to raise her daughter and joined the faculty of the renowned Berklee College of Music, where she has created a curriculum on women in rock. 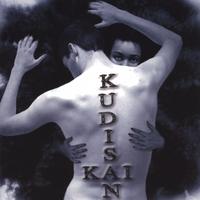 Betty Davis
Betty Davis recorded four albums between 1973-1975. The first three were re-released between 1995-2009 and in 2009 Light in the Attic released a fourth album, recorded in 1976. Betty Davis stopped performing in 1979, and as far as is known, there is no film footage of her performing. The more I listened to and read about Betty Davis, the more I wished for a biography of her, a film about her, which goes far beyond the frequent emphasis (in this article, for example) on her relationship with and influence on Miles Davis. I also began to understand something of the weight of the hidden history of Black women in rock. And to want to support Sheila's extraordinary project in any way I could. Here's Betty Davis' Stepping In Her I. Miller Shoes, recorded in 1973.

The Danger of a Single Story
As I put this post together, I kept thinking of Chimamanda Ngozi Adichie's TEDtalk, The Danger of a Single Story. I think that the principles that Chimamanda Ngozi Adichie describes, which I found illuminating (especially the 'Secondly' principle), provide a useful framework for understanding why it's so important that we have many more films that women write and direct and why it's so exciting that Sheila includes many stories in her work. Chimamanda Ngozi Adichie's second novel, Half of a Yellow Sun, won the Orange Prize in 2007, an annual award for the best original full-length novel written by a woman in English. Her third book, The Thing Around Your Neck (2009), is a collection of short stories.