August 31, 2010
There’s so much discussion about the Bechdel Test now (see links below for some examples). I love it all, am interested that men are writing about the test. AND I relate to @marnen’s tweet today: "I'm feeling snarky enough to propose the Laibow-Koser test: can 2 female writers have a conversation that doesn't mention Bechdel test? :)".

And then this morning on FB, Scarlett Shepard from the San Francisco Women’s Film Festival (@sfwff) provided the link to an Indiewire article, Summer Box Office Report: Women Rule The Art Houses, by Peter Knegt.

Peter Knegt explains that men directed every one of the 22 summer 'Hollywood' films that earned more than $50m, and women actors received top billing in only five, including the three that women ‘flocked’ to: The Twilight Saga: Eclipse, Eat, Pray, Love and Sex & the City 2. But in the ten top-grossing ‘specialty’ releases* "women dominated: in audience seats, in front of the camera, and, perhaps to an unprecedented degree, behind it". 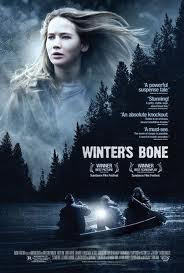 Women directed four (40%) of the these films: Lisa Cholodenko’s The Kids Are All Right (earned the most to date, $19m, way ahead of Cyrus with $7m); Debra Granik’s Winter’s Bone, Nicole Holofcener’s Please Give, and Ricki Stern and Anne Sundberg’s Joan Rivers: A Piece of Work. In two more, I am Love (with Tilda Swinton) and The Girl Who Played With Fire (Noomi Rapace) women were also lead characters. I’m interested in the 40% figure, cross-referencing it to the percentage of women directors in contention for this year’s Australian Film Institute’s awards. Has there been some deep shift, not only in women as audiences—the ‘over-25 women’ quadrant was the largest U.S. cinema audience in 2009—but also in women’s participation as writers and directors of feature films? 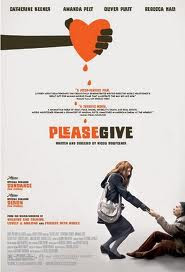 (And two of the ten top-grossing films, Joan Rivers and Babies are documentaries. Which makes me wonder, again, why—as far as I know—no-one in the U.S. has yet picked up Topp Twins: Untouchable Girls. It’s done so well at festivals there and it seems such a no-brainer.)

And I’m curious. Yes, more women writers and directors are making successful ‘specialty’ releases. Yes, a high proportion of these releases have women as leads. Yes, women are going to see these films. But men directed all of the Hollywood films that women ‘flocked’ to see. Any minute now, Hollywood is going to decide to exploit further the potential of women as audiences. But are men always going to be the directors (and writers) they choose for big-budget projects to attract women viewers and to make a lot of money? What would it take for 40% of next year’s $50m- grossing films to be women-directed, and have women as central characters?

*which opened in under 1,000 screens and were released by an independent producer or studio subsidiary

LINKS
I am woman. Hear me…Please!, by Mark Harris. He mentions QUOTAS

Just say yes to Mad Men, by Sophie Cunningham in Meanjin’s SPIKE. Has CLIPS, which I always love, including the classic Bechdel Test clip.