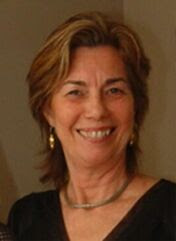 A little while ago, my copy of There She Goes: Feminist Filmmaking and Beyond went missing in the mail, so I've read it only recently (hungrily), including a chapter by Kay Armatage, who was an international programmer for the Toronto International Film Festival from 1982-2004.
And then yesterday, melsil (Women & Hollywood) sent out a tweet re Cannes, where yet again women writers and directors are poorly represented. "The rumblings have started. Women are organizing for Cannes. Can't wait to see what happens," she wrote. I can't wait either.
In the meantime though, I'm celebrating Kay. In the Fashioning a feminist community section of her chapter she wrote:

Although my beat also developed as a low-budget independent, New York 'underground', formalist documentaries, avant-grade, 'new narrative', new Black British, and queer cinema, I was primarily known internationally...as a dedicated programmer of women directors in many cinematic modes. In Toronto, you could count on seeing the most recent Potters, Akermans, Ottingers, and Rainers as they appeared, along with new voices such as Monika Treut, Julie Dash, Tracey Moffit, Moufida Tlatli, Rose Troche, Samira Makhmalbaf, and Nicole Holofcener. In my festival selections, I averaged at least 50 per cent women directors through the mid-1990s (I always counted), at which point the numbers of women's films on offer unfortunately dwindled. Nonetheless, my last year at TIFF, 2004, proved exceptional in this regard: many of the most well-established women directors as well as a handful of newcomers were there with their new films.

There's more, and I found it fascinating, especially as New Zealand women's films showed at Toronto while she was there. Who's counting now? And where are today's Kay Armatages? Not in Cannes, I guess. And probably not in Wellington. (We still haven't had Sally Potter's RAGE on a big screen here.) I'd love to know more about the Kay Armatages of the world.