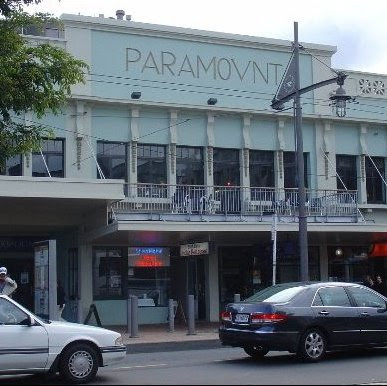 I've been writing an article about women New Zealand women who write and direct feature films (not docos). Lots of statistics.
New Zealanders based in New Zealand produced at least 75 features during the six years ending December 2008, some not yet released.
Women wrote and directed seven of these films (about 9%): Perfect Strangers, The Strength of Water, Apron strings, Jinx Sister, Vintner's Luck, Piece of My Heart, Home by Christmas. Women were directors or writers or co-writers or directors in nine more (12%) but I don't categorise these as 'women's' films because what men think and feel, including what they think and feel about women as an audience, will have been more influential than in features that women write and direct (though I don't like 'pink & blue' thinking about writing and like to write interesting male characters myself).
There are 97 writer credits on the 75 films and 20 (21%) are women's. There are 82 director credits and 13 (16%) are women's.
The New Zealand Film Commission and Creative New Zealand are the primary sources of state investment in features. But 45 of the 75 films were funded entirely elsewhere, within what  I call the 'shadow' industry, a powerful source of energy, stimulus, and potential—realised and unrealised—like Jung's concept of the shadow self. It's a very diverse and substantial shadow and in my view it's as essential to the growth of New Zealand film as the Film Commission. It inspires me because it's where filmmakers experiment and take amazing risks, with Hollywood features, Dogme type films, features made primarily for distribution on the net. It provides significant training.  Its relationship to the state film institutions' work is a bit like the relationship between yin and yang.
So where do shadow filmmakers get the money? International and local investment and self-funding. Or now from New Zealand on Air, which often invests in Film Commission films and has recently funded at least four telemovies on its own. Women have 60% of the total writer credits on these four, and directed one: 25%. (Women writers seem generally more successful in television, perhaps because women are pragmatic and television can provide more regular paid employment, because women like writing series, or because New Zealand on Air has to consider women as an audience.) 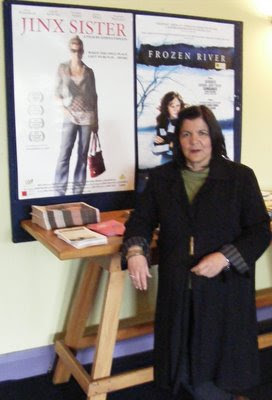 Athina Tsoulis (pictured) made Jinx Sister in 2008, the first shadow feature a woman has written and directed. I loved taking her pic in front of the Jinx Sister poster, right next to the poster for one of my favorite recent films, Frozen River, at the Paramount, my favorite movie theatre, down in Courtenay Place.
After studying the Film Commission's statistics and the pathways the state provides for writers and directors who want to make feature films, I've come to believe that these pathways don't work for women, for complex reasons. We do want to participate in feature filmmaking, and to tell our stories. But (no surprise, it's the same in other countries) there are obstacles.
And now I'm writing an 'essay' script, also a kind of chick flick—in the term's most generous sense—about four fictional Wellywood women who want to make features. Who live and work near the Paramount and the Embassy and in Oriental Bay, use the sauna round the corner, shop at Chaffers Street New World and Moore Wilsons, the supermarkets nearby. It's a lot of fun to write. And I'm going to call it Development.