September 09, 2018
September marks the fourth global #DirectedByWomen celebration. All round the world, people choose to watch films that women direct. In bed late at night on their phones. On the couch with mates and wine and popcorn and tea and biscuits. In cinemas with friends and strangers.

And in lots of other places, like this outdoor cinema in Spain, where #DirectedByWomen has grown and grown.

You can find events near you on the very full #DirectedByWomen catalogue.

This year, by a wonderful coincidence, September is also the month where here in Aotearoa New Zealand we celebrate 125 years since Parliament passed the law that gave women the vote: Suffrage125. So there are films #directedbywomen all over the place! Starting in the north... and aware that I haven't included anything from Te Wai Pounamu/ the South Island (yet!) 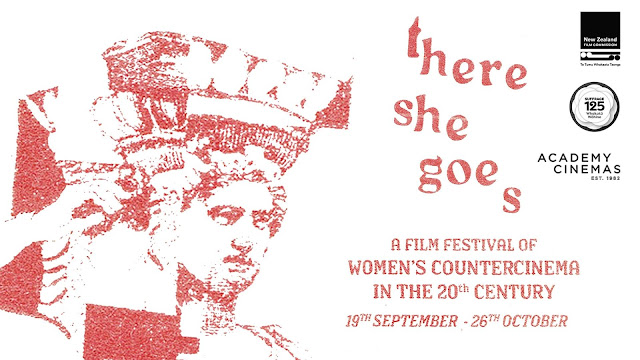 In Auckland, at ACADEMY CINEMAS, there's There She Goes: Women's Countercinema in the 20th Century.  It starts with Mauri, on Women's Suffrage Day, next Wednesday. (On the same day, at the 8th Down Under Berlin Film Festival on the other side of the world, WARU, 2017 will screen.) There She Goes runs through to November.

I love the series title, perhaps a hat-tip to this book by Corrin Columpar and Sophie Mayer. Sophie is also the author of Political Animals: The New Feminist Cinema and a Feminist Filmmaking Manifesto– 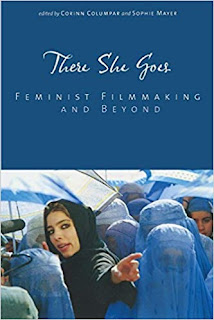 TE URU WAITAKERE GALLERY in west Auckland is screening some Merata Mita films, in association with Ngā Taonga Sound & Vision and alongside some Barry Barclay films, also not often screened.

And check out the programme for CIRCUIT Artist Film and Video Aotearoa, in Auckland, this weekend, 15 September! Heaps of women-directed work and discussion; and director Stephanie Beth will talk about her I want to be Joan, 1977 and In Joy, 1980 which she self-distrbuted in a 100-date national tour. Here are some production stills from In Joy, including Stephanie directing camera operator Leon Narbey, a review from Alternative Cinema and a recent shot of Stephanie.

Here's their programme for this week, headed by Kanehsatake: 270 Years of Resistance, a feature-length film documentary film by the legendary Alanis Obomsawin. It has just been released in Mohawk, so it's perfect for this week as Te Wiki o Te Reo Māori, too–

At MTG Hawkes Bay there's a mix of NZIFF films and a special Suffrage programme.

If you search 'New Zealand' on the #DirectedbyWomen site, you'll find the Latin America & Spain Film Festival (LASFF) is at the MĀORILAND HUB from September 7th-16th. Māoriland consistently supports women directors right through the year and this programme includes work directed by women from Cuba, Colombia and Spain–

There's Minimum, too, an online series directed by Kathleen Winter about women who work low-wage, precarious or under-appreciated jobs in Aotearoa. Watch it here (scroll down). Currently being released one episode at a time. 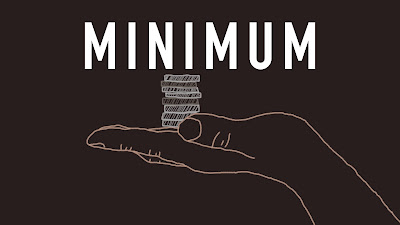 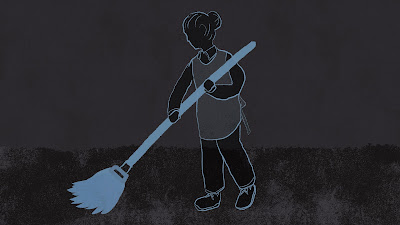 And then there's my own Suffrage125 project, #directedbywomen #aotearoa, with its pop-up events. It's hard to write about because I'm right in it. But I gave it a go, here.