How To Be A #WomeninFilm Activist :Sophie Mayer's Manifesto 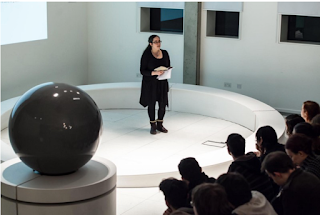 I love Sophie Mayer and her work and her generosity. If you’re not familiar with her, check out my interview with her, when she launched her latest book, Political Animals: The New Feminist Cinema, in 2016; she is also a poet.

So. Over the last few days, several dozen people have approached me about setting up, moderating or endorsing various kinds of closed/secret/anonymous groups or portals for disclosure of harassment and assault in the screen sector. I'm glad people are ready to talk, but here's

(a) why I think they're asking me; and

1.
a) I am public about being a survivor of serial sexual abuse, rape and assault.

b) Going public is not for everyone, for reasons we know; I'm not going to tell you that disclosure is empowering, but I will tell you that – having seen them in several sectors – private groups circulating information protect no-one, and especially not the most vulnerable. Cultural change doesn't depend on naming names; it's about breaking the silence in ourselves, and challenging the omertà.

a) I am a feminist film activist.

b) I have been writing about gendered violence on screen and resistance thereto for 20 years -- and I'm not alone. I'm so glad people are finally listening. You want our advice and insight? We've done the work -- Google it. Read it. 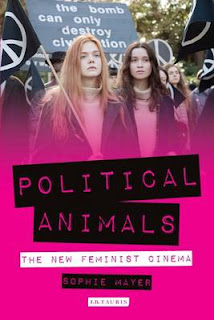 Paypal me £5 and I will send you the PDF. It’s 150 pages of sheer feminist bravado and Ghibling. 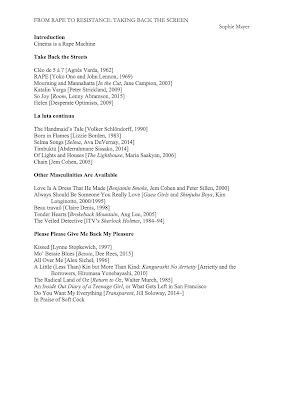