Pratibha Parmar's 'My Name is Andrea'


Pratibha Parmar’s My Name is Andrea, about the radical feminist and writer Andrea Dworkin (1946–2005), explores who Andrea was. It also exposes the ongoing violence inflicted on women’s bodies and spirits across the globe, through featuring five diverse actresses — each one evoking a different aspect, experience and decade of Andrea Dworkin’s life.


In the spirit of contemporary independent women’s film making, the film’s being made in parts and the first twelve minutes of the film is shot and edited.

And it’s an impressive twelve minutes. This is what Gloria Steinem said after viewing it–
…I can see that this is going to be a film like no other — lyrical, poetic, referential, journalistic, placed in time, deep, complicated…. And it was so moving to me to see what I assume truly is Andrea as a little girl. Nobody but you could take her on as a human being, thinker, rebel and writer and unique force in the world — and I’m proud to be there with Andrea as a raging prophet.

She has now joined the project as an Executive Producer.

Julie Parker Benelux (co-founder of the legendary Chicken & Egg Pictures) has also joined the team as an Executive Producer.

The British Film Institute — one of the project’s funders) — was ‘deeply moved’ by the 12-minute clip and also continues its support.

We can contribute, too, with cheques made out to Kali8 Productions and posted to–

OR Contact Kali Films directly at info@kalifilms.com to make a tax deductible gift by midnight December 31, 2016.

And P.S. I can’t resist adding Leonard Cohen’s view of Andrea Dworkin’s Intercourse. I was surprised to read it, in a Hot Press interview with Joe Jackson (1988). But not surprised by the reach of Andrea’s influence–

…the whole range of arguments in that book is quite radical and complex and beautiful. It’s the first book I’ve read by an author, masculine or feminine, that has a defiance of the situation, which is deeply subversive in the holy sense — it’s other-worldly. She says that this world is stained by human misconception, that men and women have wrong ideas — even if they are ten million years old and come from the mouth of god, they are still wrong! The position in that book is so defiant and passionate that she creates another reality and just might be able to manifest it. It’s from that kind of appetite, with the way things are that new worlds arise, so I have deep admiration for Andrea Dworkin. 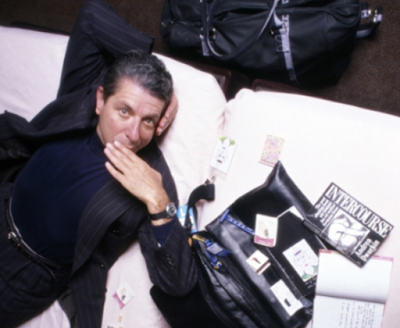 I imagine that My Name is Andrea will have a similar reach. We don’t have enough films by and about activist women artists and writers and the combination of Pratibha Parmar and Andrea Dworkin feels irresistible.
SaveSaveSaveSave