Back in April, I was invited to speak at Resistance, backlash and power – Gender equality and feminist new practice in EU and global discourse, at the National Centre for Research on Europe at Canterbury University. Afterwards, Xuanyi Fu came and chatted. I was thrilled because her project excites me and I always love to hear more about women’s filmmaking in China. And now she's kindly answered these questions.

Where are you from and what’s your film background?

My name is Xuanyi Fu 傅煊贻. I was born in Chongqing, China. I did my bachelor degree in Cinematography at Sichuan The Fine Art Institute in China and I got my master degree with merit in Film and Screen Studies at Goldsmiths, University of London in the UK. I’m a PhD candidate in Cultural Studies at the University of Canterbury. My supervisor, Adam Lam, is an expert in Chinese films, literature, language and culture, which is why I came to New Zealand.

What’s your thesis about?

My thesis is about Narrative, Spectator, Sexuality and Aesthetics: A Study of Suicidal Female Protagonists in Chinese Narrative Films from 1990-2010. I focus on Chinese films and female roles in society, especially, what the function of female protagonist is and why she has to commit suicide in Chinese films; these questions inspired me to continue my research.

What have you learned so far?

At this stage, I am doing a case analysis: The Lovers (1994, Tsui Hark). I’m also considering what Chinese women’s love is in Chinese cinema. Does their gender relationship play an important role in the female protagonist’s decision to commit suicide?

When female protagonists commit suicide for their lovers, I have observed an interesting point, heterosexual love, so my research is concerned with the position of the female protagonist in heterosexual relationships.  I have read Michel Foucault’s The History of Sexuality, Judith Butler’s Gender Trouble: Feminism and the Subversion of Identity, and Chrys Ingraham’s Thinking Straight: the Power, the Promise, and the Paradox of Heterosexuality in order to better understand how heterosexuality is a social construction.

Love contributes to the reproduction of heterosexual norms, according to Paul Johnson (1). Although there are theorists who declare that love is biologically ordained and subject to various evolutionary processes, love has been conceptualized and transformed to support normative heterosexual relationships and marriage as an institution.

What is the relationship between love and women in heterosexuality? Adrienne Rich states that woman has been woven into the ideology of romantic and sacred love by the male subject, who constructs the form of the female’s fantasy which corresponds to the male’s needs and desires in heterosexual love (2). Why does Rich point out the man as producer in this relationship?

Stevi Jackson responds to this question by pointing out that normative heterosexuality tends to be a male-dominated heterosexuality, while feminism posits heterosexuality as a hierarchical relation between men and women, within which heterosexual love is and has been produced and controlled by the male’s narcissism (3). If film is the representation of heterosexual love, does the dead woman signify the Other in the structure of Chinese films?

In addition, Luce Irigaray’s ideas of phallogocentrism expose heterosexuality as a false dual structure. Irigaray considers heterosexuality to be an illusion of symmetric difference, consolidated around the metaphysics of the phallic logical center. The male controls the Other which exists on behalf of the male subject, and consequently women cannot be equal to men (5). Additionally, Irigaray points out that male fantasies are consolidated within a heterosexual relationship. The discourse of heterosexuality not only constructs these fantasies that correspond to fetish worship, but also establishes competition and contradiction within women’s relationships to each other. So is the female protagonist who commits suicide a man’s wish in The Lovers? Does the suicidal female protagonist show phallogocentrism in The Lovers?

What are the most important issues for Chinese women who write and direct feature films?

In Chinese cinema, only a few Chinese women can write and direct feature films. The main problem is that Chinese male directors occupy domestic and international markets; their films satisfy marketing and film industries’ needs. Men dominate Chinese cinema and as a result, Chinese women hardly get an opportunity to be in a position of influence; one could say that Chinese women are a vulnerable group in filmmaking.

It is quite difficult to find film organizations in China that support/fund female filmmakers, who produce films that utilize aspects of feminism and gender equality. Personally, I feel there is a distinction to be made between films made by women and films made by women who define themselves as feminists. If female directors/screenwriters are feminists, they would pay more attention to female perspectives, feminism and gender equality in film.

How does funding work there? Do you have something like the New Zealand Film Commission? Does it keep gender statistics?

Sorry, I don’t know this area.


Can you provide a list of Chinese women’s film festivals, and maybe a few details about them please? 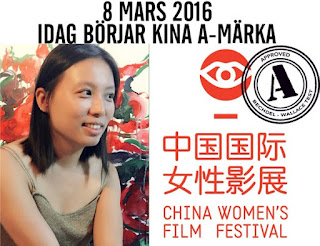 I reckon that women’s film festivals are very new and are still in an early stage in China so I couldn’t find a lot of information on websites, articles and books. These are film festivals that mainly focus on women, in mainland China, Hong Kong and Taiwan. 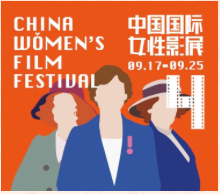 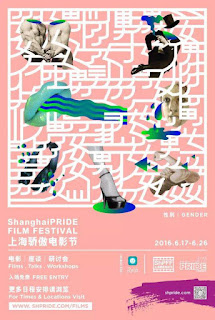 Shanghai Pride Film Festival (上海骄傲节)
Location: Shanghai
Short Description: ShPFF is celebrating gender in all its forms, with films on transgender, non-binary and agender people, as well as a focus on queer women. 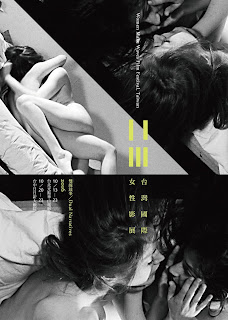 Women Make Waves Taiwan (台湾国际女性影展)
Location: Taiwan
Short Description: Women Make Waves Taiwan aims to provide a perspective on humanities and the arts through film, gender diversity, a strong network between social groups, and the establishment of feminist film resources. It's a window for local filmmakers, and a platform for their international exposure.

Are there films and women filmmakers that you particularly recommend, especially if they’re widely available outside China?

I highly recommend Ann Hui On-Wah(许鞍华) , Song of the Exile(1990) (客途秋恨) and Joan Chen(陈冲), Xiu Xiu: The Sent Down Girl (1998) (天浴). Both of these films are widely available outside China, however, it is so difficult to find films and female filmmakers that are representative of female agency in Chinese cinema.