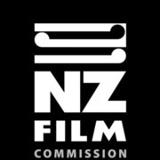 Here are the stats, thanks to Lisa Chatfield and Chantelle Burgoyne:

Fresh 30: There were 25 women directors across 86 submissions – 29.1% and women were attached to 29% of the short-listed projects.

There were a few instances of co-directing teams.

It's wonderful to see that although fewer submitted projects had women directors and writers than men, there was gender parity among those that were green lit.

Let's hope women will write and direct half of this year's Premiere Shorts ($90,000 budget), too. And that more of us apply. Applications are open NOW, closing 7 October.

At Premiere Shorts level, applications are assessed by Executive Producer teams, selected by the NZFC Board, from people in the industry. The EPs read the applications, contact teams and announce a shortlist. The shortlisted teams then work with the EPs on additional development to strengthen the film and develop a working relationship between EPs and themselves. The EPs then discuss their preferred projects with the Short Film Manager (Lisa Chatfield) and make a final decision on which projects will receive funding.

Historically, projects with women directors do less well at this budget level than in Fresh Shorts, which have been established only a few years. But when they do make it through, women-directed short film projects with larger budgets tend to do better on the film festival circuit than projects with men directors, according to NZFC research from a few years back.

When his childhood best friend comes to town, Alex must find the strength to reconcile his past with the man he has become.

The idea is visually interesting, the script is simple and effective and the characters are well defined.  This is a good and natural step for this team based on the work they’ve done before.

There was passion in the project.  Gemma feels like a committed documentarian and she has proven that she has a great eye and ability in her previous work.

A couple search the bush for a wasp's nest the size of a fridge.  He’s a tracker of signals, but can’t seem to read they’ve both long since fallen out of love.

Application portrayed a great sense of cinema in both content and visual style.  Responded to the setting of a stagnant relationship in the calm before the storm.

A young woman sets out to kill her baby as a way of escaping her past, but is saved by the life she thought threatened her future.

Director has pulled together an excellent team for a beautifully written and well-constructed film.  Sophisticated, with a bleakness that gives this film a kind of poetry.

After years abroad, Jamie returns to Hamilton and finds herself confronted by a mixtape of heart-breaking memories, the people and places responsible for them, and 90's pop hits.

Personal, poignant, intelligent, and affecting piece with good pace. It’s easy to enter to the world Aidee has created with this story; she makes her characters accessible.

A young family is drowning in suburbia.  In a bid for survival, the mother leads her children on a fateful journey to a wild coastline.

There was a strong sense of atmosphere.  Enjoyed the content's mix of the mundane and the epic. Kathy and Migiwa are a strong and mature team.

Each To Their Own – Maria Ines Manchengo (writer/director), Lani Feltham (producer)

A solid idea with well-drawn characters drawn around a single event with a good sense of realism and a clear tone.  A cinematically driven project from a talented visual filmmaker.

Alisi is out on a limb and her family's disappointment in her might just snap the branch.

The characters ring true and speak with real, credible voices – we believe in them.  Very strong team.  Confident Lauren can get great performances based on her previous work.