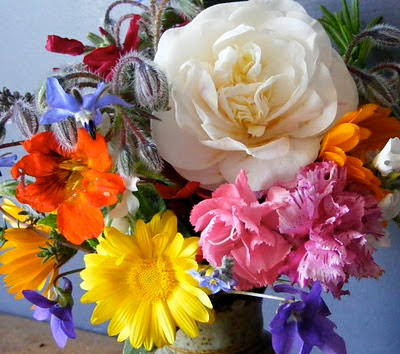 I love working with Kyna Morgan of Her Film. And from over there in North America, she keeps me in line, often through Twitter. Today, she tweeted about the New Zealand Film Commission’s (NZFC) Fresh Shorts decisions. Fresh Shorts is the NZFC's new low budget short film scheme, run in-house. It aims to identify the next generation of New Zealand feature filmmakers by nurturing and inspiring up-and-coming talent and it has just funded eight films at the $10,000 funding level and eight at $30,000 each. Kyna had been reading OnFilm online and found the NZFC press release. Here's what she wrote:

@devt ur staying up on this, yeah? Looks like gender parity reached for funding. NZFC has no gender mandate, does it? bit.ly/oCRRWT

@HerFilm Actually, I've kinda abandoned it, almost totally fruitless effort-- What's your take on this list? [I was cranky, because I HAD given up, and my mind was elsewhere.]


Kyna didn’t respond. So—of course—I took a look. And she’d done the maths and her addition was correct, so she didn’t need to respond. Women writers and directors are attached to four of the eight green-lit Fresh Shorts projects, at each level.

According to the information on the NZFC website, in 2011—its second year—Fresh Shorts attracted 292 applications, an increase of 68 applications from 2010, 160 applications at the $10,000 funding level and 132 at the $30,000 funding level. The submitted projects conveyed a very diverse range of topics and a wide range of cultural perspectives–reflecting the fresh voices the NZFC hoped the scheme would attract.

A panel from the industry and NZFC staff selected the final sixteen projects: Ainsley Gardiner, Jason Stutter, Peter Salmon, Chris Payne & Kath Akuhata-Brown (NZFC Development Executives) and Lisa Chatfield (NZFC Short Film Manager). This is what Lisa—who was a strong presence at V48Hours, accompanied by a Fresh Shorts video which included a reasonable number of women—said:

The increase in applications this year is a fantastic result for Fresh Shorts and I think relates to a closer connection between Fresh Shorts and V48Hrs this year. Of course it did make the task of choosing just 16 films very challenging! There was plenty of debate amongst the panel and the decisions weren’t all unanimous—the strength of the projects and the film makers involved made the process exciting and challenging.


This year the funded projects include three animations, one documentary and twelve narrative films that range from drama to comedy to horror and are set in the past, the future, the present and even inside cardboard boxes.

The NZFC has supplied no details about the proportion of applications that had women writers and directors attached. If I learn more details, I’ll add them here.

The four short films with women writers and directors that have been green lit at the $30,000 budget level are:

The four short films with women writers and directors at the $10,000 budget level are:

Good to see some male producers in there, too, time they invested in more women's stories. Many congratulations to everyone: the writers and directors, the producers, the decision-makers. I'm excited to think that this may lead to a change in the present gendered allocation of feature film funding, which primarily benefits men who are writers and directors.

(And, Kyna, you’re correct again, the NZFC has no gender policy. But New Zealand ratified the United Nations Convention on the Elimination of All Forms of Discrimination Against Women (CEDAW) in 1985. Because of this, the NZFC, like all state agencies must encourage the participation of women in public life on equal terms with men (article 7). It has to consider how to encourage women's access to its state-funded filmmaking programmes, because story-telling on screen is participating in public life. But its track record hasn’t been good, so the flowers are to congratulate them! That doesn’t mean I don’t appreciate your heads up. Again, yet again, my warm thanks to you.)

And this week, the Swedish state film funding gender model is back in the news, in Variety, with a slightly different take than this one, about Swedish women behind the camera, and  Satyen Bordoloi’s last year. Now that’s a great ongoing story!