Looking Towards a New World 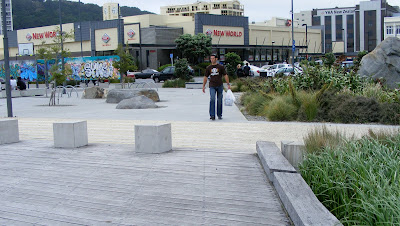 Sometimes, people ask me: Why haven’t you taken the Film Commission route with Development? Usually, I give a short, quick, answer: Because the Film Commission route takes too long. Give a little shrug. Move on. Because the longer answer is complicated. And I don’t really think about it now my PhD is handed in and I’m waiting for the examiners’ responses. But after a conversation with a filmmaker the other day I thought: It’s time to write a post about the origins of Development.

A Creative Writing PhD at the International Institute of Modern Letters is in two parts, a piece of creative writing and an exegesis, which explores some aspect of the creative piece. My exegesis was about the factors that affect women storytellers’—writers and directors—participation in feature filmmaking in New Zealand. And that involved an examination of the extent of women’s participation. I found that at least 75 features were made by New Zealanders in New Zealand between January 2003 and December 2008 and that 9% had women writers and directors. Of the 30 features that the Film Commission funded for production in that period, 16%—one in six—had a woman writer and director.

I decided to develop three very different feature screenplays and to document my experiences, as a woman with some knowledge of the general difficulties facing women filmmakers. Would the problems be the same at the Film Commission as they were outside it? Which problem would be about my writing? Which about me as a woman? About me as a human being? Which problems would arise from universal development, funding and distribution difficulties?

One screenplay is co-written. We planned to take it to the Film Commission, where I could analyse my experience as a woman screenwriter on a state-funded pathway to a feature with theatrical distribution. That script foundered for complicated reasons before we reached the Film Commission, but just the other morning I woke up with an idea about how to address one problem, and who knows what may happen. The second screenplay—a conventional single protagonist story—is Australian, to test my experiences with this kind of script and in another country. I’m very attached to Lost Boy, ready to send it out when I’ve resolved an ethical problem. And the third screenplay is Development, a digital feature for internet distribution, about two old women, Emily and Iris, and what happens when they meet some women filmmakers in Wellywood.

With Development I wanted to experiment with the fiscal sponsorship model used by Women Make Movies in New York, to see if that might provide a sustainable model for use here. Although a recent New Zealand on Air initiative has generated a group of telefeatures, where women writers—who were already well represented as television scriptwriters—are strongly represented, we still need more options. In 2009, again, only one in six of the features produced through the Film Commission had a woman writer and director. And to date—as far as I know—a woman has produced and directed only one of the features made outside the Film Commission, Athina Tsoulis’ Jinx Sister (see at right).

And as well as providing entertainment by, about, and—primarily—for, women, I wanted to experiment with free, global, distribution on the internet, and to contribute to the international debate about women filmmakers and the difficulties we face. I like the idea that Development, although culturally very Wellington-specific (those daily dramas at our local New World!), may offer some insight into universal experiences for women filmmakers, and artists. There have been many fictional features about filmmaking—Nine is the latest—but only one as far as I know with women storytellers at the centre of the story: Sally Potter’s The Gold Diggers, released in 1983 and just re-released on DVD. I dream that a woman in Zanzibar or Algeria will download Development and think: Oh, Meryl or Greta or Viv or Frederique— one of the filmmakers—has experiences just like mine; I am not alone. And will then feel stronger because of that, and move forward with her filmmaking. Then it’ll all be absolutely worth it, even if we never know about her or meet her.

And the Development project has two other elements replicated from The Gold Diggers: an all women core crew (I’d read that actor Julie Christie thought it made a lot of difference to her experience) and equal pay for each cast and crew member. I thought—and so did everyone else involved—that it was important in a women’s project that the cast and the core crew are paid for their work, rather than asked to donate their expertise or to defer their fees: both these things often happen on low-budget and short films, and most women already do a lot of unpaid work. (I'm also inspired by Sally Potter's Barefoot Filmmaking manifesto; and I think her blog post Money Money Money is pretty amazing, too—scroll down that page to "Thank you very much for this".)

Will the kind of crowd funding Franny Armstrong tried with The Age of Stupid work in and from New Zealand? Will many people donate $10 or $20 towards a project as much for women in Zanzibar, the Ryukyu Islands, Azerbaijan or Algeria as for women in New Zealand, the United States and western Europe? Or $150 for a (ten-hour) day’s work by a crew or cast member? Especially if donors receive a tax benefit? Who will see commercial and/or good citizen benefit in being associated with a project centred on women? What about feminists, in all our diversity? Or women’s and human rights organisations, if they identify with the human rights implications of women having resources to tell their stories? People and organisations overseas? Then, there's the other big question: If we can do it, will the model work for other New Zealand women? We’re experimenting. And it’s fascinating.

At the same time, debate is raging about new production and delivery practices, about free films, about piracy. It’s a new world out there, constantly changing. And that’s fascinating too.

So, on the last day of 2009, warm thanks to the key supportive people and organisations listed on www.development-the-movie.com, or about to be: Arts Access Aotearoa, Cilla McQueen, Elder Family Matters, Film Wellington, Jane Campion, New Horizons For Women Trust, Russell McVeagh, Victoria Foundation, Zonta Wellington. The cast and crew. And many individuals not listed but whose assistance of various kinds is also very much appreciated. This morning I’m thinking especially of two women who gave me some wonderfully sharp script notes. I'm starting work on some little changes, with those notes beside me, right now.