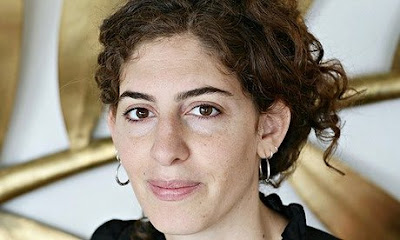 She has written, directed and produced over sixteen films. One of Filmmaker’s 25 New Faces of Independent Cinema and Variety’s Arab New Wave, two of her films have premiered as Official Selections in Cannes, one in Venice and one in Berlin.

Annemarie’s short film like twenty impossibles (2003) was the first Arab short film in history to be an official selection of the Cannes Film Festival and continued to break ground when it went on to be a finalist for the Academy Awards.

Her second work to debut in Cannes, the critically acclaimed Salt of this Sea (2008), went on to win the FIPRESCI Critics Award, and garnered fourteen other international awards including Best Film in Milan. It was the first feature film directed by a Palestinian woman and Palestine’s 2008 Oscar Entry for Foreign Language Film.

Her latest film When I Saw You won Best Asian Film at the Berlinale , Best Arab Film in Abu Dhabi and Best Film in Amiens, Phoenix, and Olympia, and garnered a nomination at the Asian Pacific Screen Awards. It was also Palestine’s 2012 Oscar Entry. The film’s production was entirely Arab-financed with all Palestinian producers marking a new trend in Arab cinema.

Founder of Philistine Films, Annemarie teaches screenwriting and works as an editor and film curator. She actively promotes independent cinema, training and working with fellow filmmakers.


I was shocked to read of this distinguished filmmaker’s experience at Cannes this year, on her Twitter timeline.

Off to Cannes with no high heels and a baby carrier #Cannes70
— Annemarie Jacir (@AnnemarieJacir) May 18, 2017


Missed a meeting today at Village Int bc my 1 year old didn't have a festival badge #WayToSupportWorkingParents #Cannes70 #WomenInFilm
— Annemarie Jacir (@AnnemarieJacir) May 21, 2017


Today we were told babies & dogs need special badge. Went to accreditation to get so-called badge & was told no badges for babies this year
— Annemarie Jacir (@AnnemarieJacir) May 22, 2017


I suppose dogs could be tied to a tree but what should I do with my baby? Security shrugged not our problem #WorkingMom #CannesFilmFestival
— Annemarie Jacir (@AnnemarieJacir) May 22, 2017


I've had two films in Cannes but apparently having a baby is not acceptable. #CannesFilmFestival #BlockedOut
— Annemarie Jacir (@AnnemarieJacir) May 24, 2017


These tweets provide further evidence of Cannes’ entrenched disregard for women in general and its brutal out-of-touchedness with their lived realities, as does the experience of journalist Anna Tatarska, who told Women & Hollywood that she couldn’t even bring her five-month-old baby to pick up her accreditation at Cannes; and received no satisfaction when she sought a solution.

Annemarie also met a producer from Britain who was also told she couldn’t enter with her child. How many more women were affected, I wonder?


If — as I hope happens — a woman wins the Palme d’Or tomorrow, I hope that she and Jane Campion will address this issue pronto. If a man wins, I hope that he too will speak up. And I hope that the rest of the Palme d’Or winners in town and all those other powerful players – actors, producers, distributors, sales agents – many of them also parents, will support an immediate change of policy.

No woman director and her child should ever again be excluded from Cannes. Or any other festival.

There are some wonderful organisations for #womeninfilm who are parents and carers. I’m sure they’d be happy to advise Cannes and other festivals about how to support  filmmaker parents and other carers.

For example, check out the vibrant Raising Films in the United Kingdom and Moms-in-Film in the States, whose Wee Wagon initiative at SXSW and #BudgetTheBaby campaign are also inspirational! 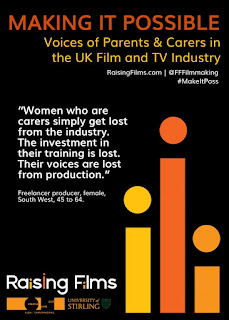 And, if you want to know more about women filmmakers' festival experiences, this interview with Hope Dickson Leach (The Levelling) and Alice Lowe (Prevenge) is illuminating. Tx for the tip, Sophie Mayer!